Home » Classical Criticism » What is the Importance of T.S. Eliot as a Critic?

Eliot is undoubtedly one of England’s best literary critics from the perspective of his critical writings. His five hundred and odd essays, sometimes revealed as reviews and articles, had a far-reaching effect on literary criticism. His criticism was revolutionary, which inverted the critical custom of the whole English-speaking work. John Hayward says:

“I cannot think of a critic who has been more widely read and discussed in his lifetime; and not only in English but in almost every language, except Russian.”

As a critic, Eliot has his faults. At instances, he assumes a hanging-judge attitude, and his statements savor of a verdict. Often his criticism is marred by personal and religious prejudices blocking an honest and impartial estimate. Moreover, he doesn’t choose all by the same standards. There is didacticism in his later essays, and with time his vital faculties have been more and more exercised on social problems.

His criticism has revolutionized the great writers of the past three centuries. His recognition of the greatness of the Metaphysical poets of the seventeenth century resulted within the Metaphysical revival of the 20th century. The credit for the renewal of interest within the Jacobean dramatists goes to Eliot. He has restored Dryden and different Augustan poets to their due place. His essay on Dante aroused curiosity for the later middle ages. According to Eliot, the end of criticism is to bring readjustment between the old and the new. He says:

“From time to time, it is desirable that some critic shall appear to review the past of our literature and set the poets and the poems in a new order.”

Such critics are uncommon, for they need to possess, besides ability for judgment, powerful liberty of thoughts to determine and interpret its values and category of admiration for their era. John Hayward says:

“Matthew Arnold was such a critic as were Coleridge and Johnson and Dryden before him, and such, in our day, is Eliot himself.”

Eliot’s criticism presents each reassessment and reaction to earlier writers. He referred to himself as “a classicist in literature.” His significant contribution is in opposition to romanticism and humanism, which introduced a classical revival in art and criticism. He sought to raise criticism to the extent of science. In his objectivity and logical attitude, Eliot most closely resembles Aristotle. A. G. George says:

“Eliot’s theory of the impersonality of poetry is the greatest theory on the nature of the process after Wordsworth’s romantic conception of poetry.”

Poetry was an expression of feelings and personality for romantics. Wordsworth said that poetry was an overflow of highly effective emotions, and its origin is in “Emotions recollected in tranquility.” Eliot rejects this view and says that poetry is not an expression of emotion and personality however an escape from them. The poet is only a catalytic agent that fuses various feelings into new wholes.

Eliot’s views on the character of the poetic process are equally revolutionary. According to him, poetry isn’t inspiration; it’s a group. The poet’s thoughts are like a vessel saved numerous emotions, feelings, and experiences.

Critics stressed that poetry goals to provide pleasure or to show morally. However, for Eliot, the greatness of a poem is examined by the order and unity it imposes on the chaotic and disparate experiences of the poet.

Eliot devised numerous vital ideas that gained wide currency and has an overall effect on criticism. ‘Objective correlative, ‘Dissociation of sensibility, ‘Unification of sensibility’ are a few of Eliot clichés hotly debated by critics.

Read About: Explaining the term “Objective Correlative” by T.S. Eliot

To conclude, Eliot’s effect as a critic has been vast, constant, fruitful, and provoking. He has corrected and educated the style of his readers and led to a rethinking concerning the function of poetry and the nature of the poet process. He gave a new direction and new tools of criticism. George Watson writes:

“Eliot made English criticism look different, but not in a simple sense. He offered it a new range of rhetorical possibilities, confirmed it in its increasing contempt for historical processes, and yet reshaped its notion of period by a handful of brilliant institutions.” 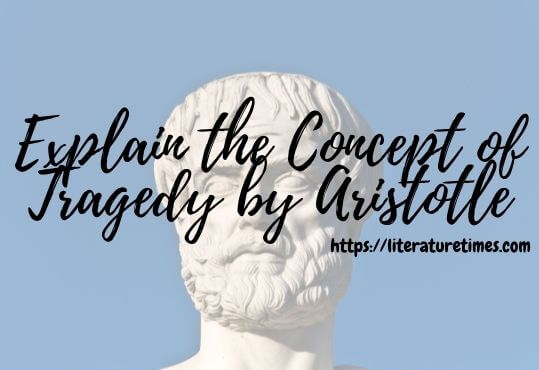