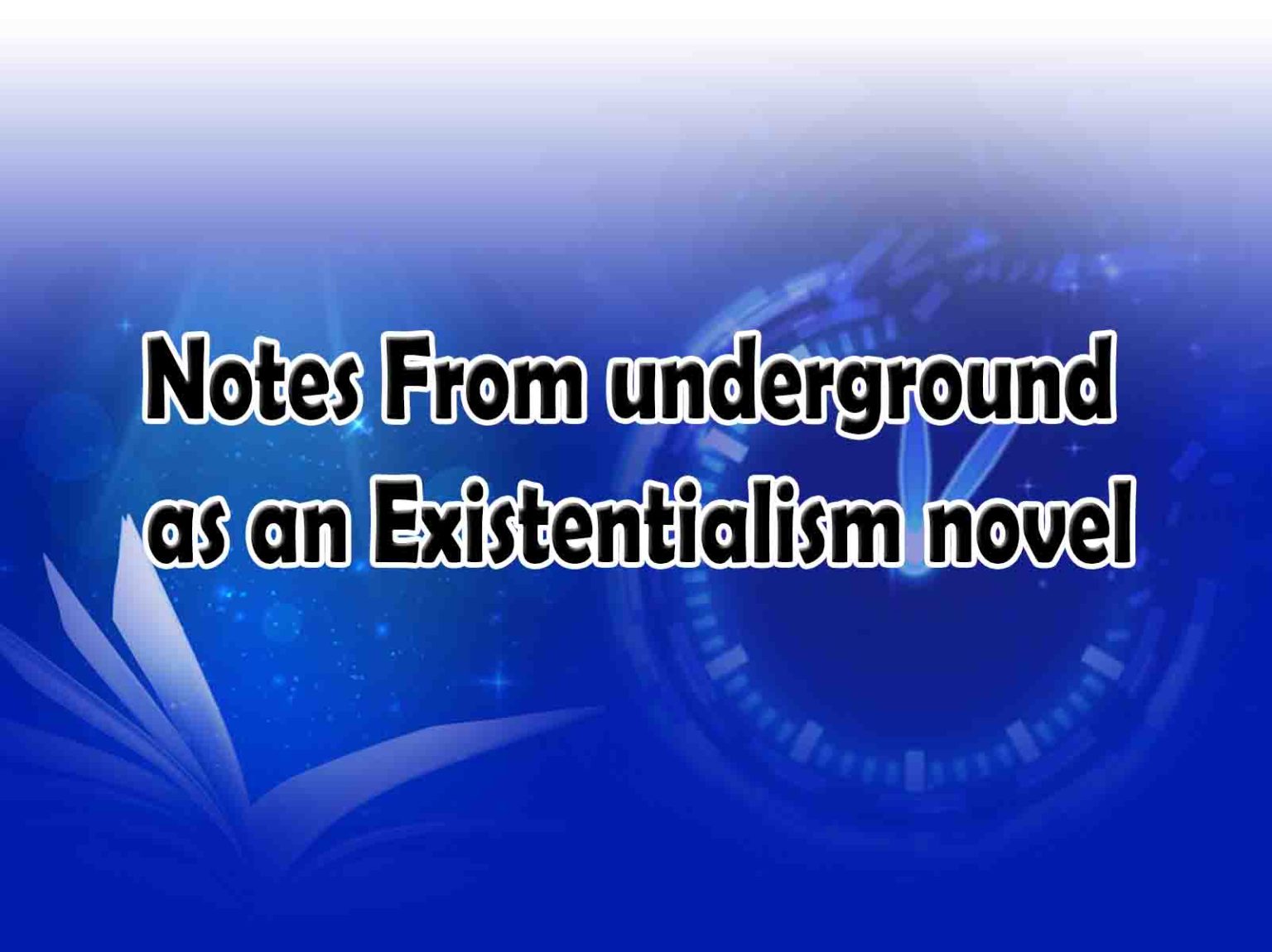 Notes From underground as an Existentialism novel

The novel Notes from Underground was written by Fyodor Dostoevsky in 1864. The story revolves around the life and thoughts of a sick, unhappy, and lonely guy who rants in his journal. Dostoevsky’s “underground man” is frequently restless, generally cruel, and totally cut off from other people. The “underground man’s” rants are brutally independent and honest. Notes from Underground by Dostoevsky demonstrate a fundamental dilemma that all people must deal with. The novel illustrates the existence of a single individual man who, in the midst of his infinite/unlimited failings, tries to exist, to define himself, to define the world around him, and to belong. This makes the novel a significant accomplishment in existentialist thought.

The “underground man” is the narrator of Notes from Underground, and his journal notes make up the whole novel. The “underground man” explains that he writes for self-evaluation and the need to more clearly articulate his ideas. He is attempting to make sense of his existence, know the true nature of himself, and understand his life.

The “underground man” is doing precisely that; after coming into contact with his existence in the world, he is attempting to identify himself. His journal entries reveal his loss, alienation, and melancholy. He is alone, and the only way he can see and comprehend himself and his place in the universe is through reflection. The “underground man” is working hard to comprehend both the nature of the world and the nature of himself.

• The narrator says in one of the book’s most well-known passages,

The quote quickly establishes a negative frame of mind. The “underground man” is a miserable, unhealthy person. The “underground man” considers himself in the highest regard. The human being is not only the being through whom negations are revealed in the universe; he is also the being who can adopt negative attitudes toward himself, according to an essay from Sartre’s “Being and Nothingness” (369). According to Sartre’s theory, some men “create their human nature as a constant negativity” in order to make the negative a part of their subjectivity (370).

(“I did not know how to become anything; neither spiteful nor kind, neither a rascal nor an honest man, neither a hero nor an insect”)

According to Sartre, there is no escape from agony, and it causes existentialist philosophy and passivity. This is what he says in “Existentialism and Human Emotions.” The underground man, who is trapped in a never-ending state of misery and is therefore alone in his run-down flat, reflecting the existential fundamentals of suffering and despair, can in no way find relief from his anguish.

The “underground man’s” perception that suffering is an essential part of consciousness serves as an example of the agony that permeates his existence. The author tells his non-existent audience, .(“I swear, gentlemen, that to be too conscious is an illness – a real thorough-going illness”) (Dostoevsky 2). The author addresses his imaginary audience. The “underground man” also maintains that experiencing suffering can actually be enjoyable.

• As the novel comes to a close, the author claims that what he has written is only a terrible memory. While he was speaking to the young girl, there was hope, but that optimism is gone now. In the end, all that is left is the “underground man,” who is once more alone himself in a corner. The author claims that he has an unending amount of regrettable memories and that he wishes that he had never written the diary.

(“I have felt ashamed all the time I’ve been writing this story; so it’s hardly literature so much as a corrective punishment”)

The author of the diary is still in pain, still confused, still by himself, and feels no better off than when he began. He actually has a better situation than before. He actually sees himself via his attempt to understand his humanity, his life, and the universe around him.

Finally, despite not understanding the world around him, Underground man is aware that it exists. He is not inhuman or lost. He is, in fact, a really extreme person who is profoundly human. He understands his being via his own understanding and through his fight, and he also accepts responsibility for his acts. A person who is battling with the nature of his being, with his existence, and with the universe around him, the “underground man” is a true illustration of the humanity of the individual.

Women Representation in “A Doll’s House” by Henrik Ibsen

Critical Analysis of “That Morning” by Ted Hughes

The Argonautic Voyage, The Golden Fleece, and Jason