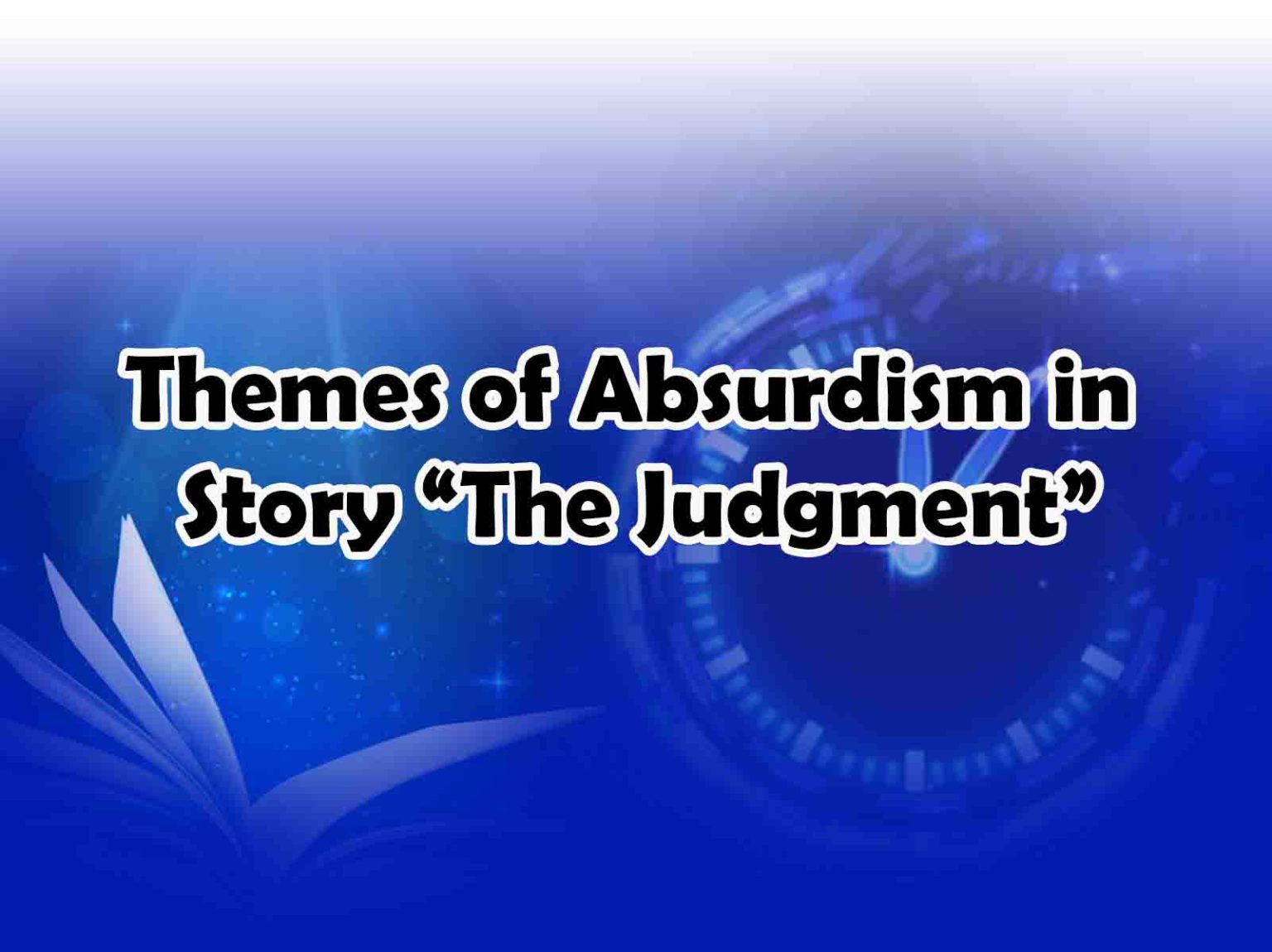 Themes that reoccur throughout Kafka’s writing include death, art, loneliness, futility, personal failure, and the challenges of father-son relationships, all of which are explored in “The Judgment.” Similar to Georg Bendemann, Kafka struggled with the conflict between his career and creative goals. He was also conflicted about marriage, which he saw as the path to the greatest happiness but feared would restrict his creativity. Some biographers believe that his connection with Felice Bauer, with whom he had two engagements but never wed, served as the inspiration for the productive phase of writing that started with “The Judgment.” Some elements, such as the lack of communication, isolation, failure on a personal basis, and death, demonstrate the story’s identification as absurd.

Theme The lack of communication

Modern literature frequently deals with this theme. It is the inability of people to communicate with one another through speech. In the story, we see that George and his father barely speak to one another about their daily lives and routines; instead, they primarily discuss work-related matters at home. They just discuss business and a few crucial issues. George struggles to speak in front of his father. As a result, when his father convicts him to death, he doesn’t question the decision; instead, he quietly follows his father’s instructions.

It could also be a crucial issue in contemporary literature. Even in this particular passage of the story, the idea of isolation is evident. George is a lonely person. To get over his feeling of loneliness, he writes a letter to a friend who lives in Russia. But his father discloses that he also sent the friend letters, and the friend prefers those from his father than those from George. George continues to live alone.

Theme of Difficulty in father-son relationships

This is a case of the Oedipus complex, in which a child is drawn to the parent of the opposing gender and conflicts with the parent of the same gender. We learn from this tale that George and his father have a difficult relationship. The fact that the narrator is going there after a few months when George enters his father’s room shows that there is something wrong with their connection. They don’t lead healthy family lives. Even though they share a home, they are vastly different from one another. The father uses the fact that the son is an additional example of ordinary obedience to execute him.

His father then tells him, “And therefore understand this: I condemn you today to death by drowning! ” after a discussion and argument. (Kafka, 12). At the conclusion of the story, George is said to have drowned himself. As a result, George’s father is the one who passes judgement on him.

Theme of the notion of personal failure

The act of killing oneself is the main action in many literary works. Authors employ it to depict hopelessness and even dishonour. Suicide is a common theme in contemporary literature. When a person can no longer handle the situation, he commits suicide. Suicide, though, is a complex issue in this story in one way or another. Despite the fact that George does commit suicide, he was able to do so in order to carry out his father’s instructions. He was in a precarious situation as a result of his father’s accusations. So he quickly carried out his father’s directive.

After all, with the themes of alienation from society and anxiety over just existing, Kafka’s short tale “The Judgment,” which also features a suicide subject, attracted European intellectuals and went on to become a well-known example of existential literature.

It must be mentioned that Kafka and his father had a difficult relationship in order to understand this story. When his father entered the room, he dragged the youngster from his bed and confined him to the courtyard balcony for the duration of the evening. Kafka remembered this incident many years later and said, “For years after, I was tortured by nightmares of this huge guy, my father, the final judgement, coming to get me.” Not surprisingly, Kafka’s novels frequently feature father figures. Additionally, in the movie “The Judgment,” a father instructs his son to kill himself by jumping off a bridge.

Who Was Odysseus in Greek Mythology?

Where Lies the Dramatic Irony in “A Doll’s House” by Ibsen?