The Dumb Waiter has been well-known for its use of pauses and silences and this attribute is distinguished in absurd plays. Pinter is among the few authors who’ve risen to the extent of being an adjective “Pinteresque”. He is legendry for his ‘pauses’ and ‘silences’ that are extensively often called ‘Pinter pause’ and ‘Pinter Silence.’

This play is a one-act play comprising 487 lines with 26 directions to pause. The pauses are largely dramatic, deliberate, transitional, and typically incoherent and ending. Textual references will clarify the justification of the above criteria of pauses within the play.

In the play Ben is always studying a newspaper and very much reluctant to reply to the question of Gus. In the beginning Gus reads information:

BEN: Wait a minute. It just says – Her brother, aged eleven, viewed the incident. From the toolshed.
GUS: Go on!
BEN: That’s bloody ridiculous.
Pause
GUS: “I bet he did it.
BEN: Who?
GUS: The brother.
BEN: I think you’re right.
Pause
(Slamming down the paper) What about that, eh?

Pinter’s use of the pause within the previous example serves a comic purpose. Those two employed killers ought to play detective with newspaper items creates a ridiculous scenario. The pauses emphasize for the audience the consideration given to the newspaper story. The pauses halt the movement of the lines and allow the listener to contemplate the irony of this dialogue by which the men appear disturbed that an eleven-year-old boy would blame the killing of a cat on his sister.

Sometimes the pauses act because the epiphany of the characters. Such as.

BEN: (Quietly) Who took the call, me, or you?
GUS: You.
BEN: We were too early.
GUS: Too early for what?
Pause
You mean somebody had to get out before we got it?

Gus here realizes something, and his realization is the pause directed here. This pauses act because the sudden shift in thought within the character’s thoughts to decide on the next assertion. This this breaks the continuity of speech and provides time for the character to react rigorously. Here, Gus understands the situation and answers for his own question.

Pauses are used as a transitory sequence from critical to trivial and vice versa. For instance:

GUS: I mean you come into a place when it’s still dark, you come into a room you’ve never seen before; you sleep all day; you do your job and then you go away in the night again.
Pause
I like to get a look at the scenery. You never get a chance at this job.
Or
GUS: When’s he going to get in touch?
Pause
Yes, I’d like to see another football match. Always been an ardent football fan.
Here, what about coming to see the Spurs tomorrow?

Gus may be very straight ahead towards the clichéd routine of their work and complains concerning the room and the environment, that are critical flaws under his job; an assassin is bored to the killing. Suddenly, after a pause, Gus needs to have a look at the surroundings or needs to look at a football match. The pause here contrast or more precisely juxtaposes the considered Gus as an assassin with a normal man. Here, the pause is the transition from critical to trivial.

Read About: Fusion of Realism and Absurdism in The Dumb Waiter

Sometimes the pauses are to maintain the suspense alive. For instance:

In the aforesaid scene, Ben is giving instructions to Gus about what to do when the prey comes. Gus asks what if the victim is a woman? Ben replies in a static voice that the situation stays the same. The pauses act here because the living of suspense. The viewers are certain to assume that what did they do to their victims and what are going to do to the upcoming victim.

His pause acts as the search for the unstated reality. In The Dumb Waiter pauses helps the author to dramatize, intensify and even typically ridicule the situation. Readers can pop around or inside the play throughout the brief pauses or they could be a part of the multidimensional interpretation. A reader, alongside Gus and Ben, additionally acts as a personality in The Dumb Waiter and her/his entry is the pauses. 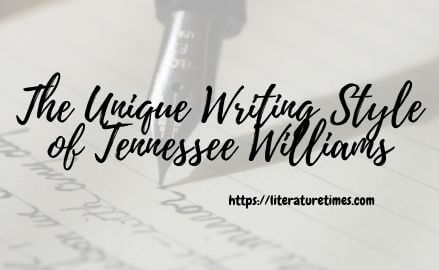 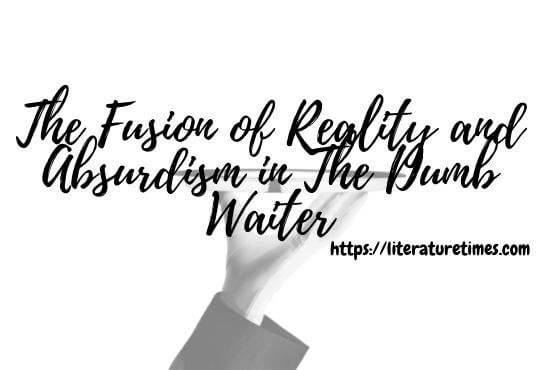