Home » Classical Criticism » For Sidney, How Poetry is Superior Over Philosophy and History?

For Sidney, How Poetry is Superior Over Philosophy and History?

The first point he made, that poetry was the earliest form of composition. Poetry is venerated for its antiquity. Philosophers and historians came later than the poets. The second point was that the philosophers of an earlier time, for instance in Greece, appeared before the people in the form of poets. Third, he points to two philosophers, Empedocles and Parmenides, who wrote their natural philosophy in verse. It was historians who borrowed their style of writing from poets. Thirdly, and most importantly, all learning aims at the moral improvement of human beings.

Sidney begins his defense by pointing out that poetry was the earliest form of composition everywhere and that for a long time, the philosophers of ancient Greece appeared to the world in the guise of poets. At the same time, even historians readily borrowed the poetic style of writing.

Read About: What is a Short Story in English Literature?

The poet, says Sidney, imitates the “works of nature, as do other artists and men of learning. But the poet, while imitating nature, transcends it and builds a new Nature. Poetry is superior to philosophy and history so far as teaching virtue and urging human beings to live virtuously. The poet employs both the method of precept and the method of example. The philosopher abstractly conveys virtue. But the poet gives virtue by a concrete portrayal of virtuous characters. The poet is therefore superior to the philosopher. As for the historian, he does describe virtue and vice through actual historical examples; but he has to remain tied to what has happened.

Quoting Aristotle, Sidney says that poetry is more philosophical and more profound than history. Poetry is superior to philosophy because it has the power to stir or move the reader’s mind in a way philosophy cannot do. Thus, the poet wins the mind of the reader.

Then Sidney moves to elaborate on the view that poetry is an imitation. The poet, like other men learning, imitates the objects of nature. However, the poet goes beyond nature. The poet is carried forward and upward by the vigor of his invention and imagination to build up another Nature. The poet creates such new forms as the demigods, Cyclops, and Furies. The poet depicts more beautification of the world than the real one. The poet portrays human beings of the kind who never existed in nature. Nature has never created such a constant friend as Pylades, such a brave man as Orlando, such a true prince as Cyrus, so excellent a man in every way as Aeneas.

The Greeks, says Sidney, were fully justified in giving the poet the title of a “maker.” To Sidney, therefore, a maker is a creator. Indeed, the creative faculty is the highest gift with which man has been blessed; and this creative faculty is found in the poet. Thus Sidney does not regard poetic imitation as something slavish. On the contrary, the poet’s imitation of nature is not a tame copy of what is seen and found in the real world.

According to Sidney, Poetry teaches and delights; but that is not all. Sidney also points out the power of poetry to move the mind and stir the heart. It is by its ability to move the minds it influences the behavior and conduct. After reading Homer’s Odyssey, and after going through the incident of Aeneas carrying old Anchises on his back, everyone would like to perform a deed of similar virtue.

This example shows that the poet using delight as his instrument influences the readers’ minds more effectively than any other art does. As virtue is the most excellent end of all worldly learning, poetry is the most familiar way to teach virtue. Therefore, it is wrong to condemn or criticize poetry in any of its forms, says Sidney. He then defended the various forms of poetry and stated the benefits of pastoral poetry, elegiac poetry, comic and satiric poetry, tragic poetry, heroic poetry, etc. Finally, Sidney speaks of lyrical poetry:

“I never heard the old song of Percy and Douglas that I found not my heart moved more than with a trumpet.”

Sidney comes very close to Longinus’s view about the power of poetry to “transport.” In this respect, Sidney takes up a position that links him with romantic poets, though, on the whole, he is a neoclassical critic. Nevertheless, poetry was criticized by the Puritans, and Sidney needed to meet the challenge which men like Stephen Gosson were flinging at it.

Sidney regards poetry as the most fruitful form of knowledge and, therefore, as the monarch of all branches of learning. In this way, Sidney glorifies poetry and ranks it above philosophy and history and above the sciences like astronomy and geometry. He goes to the extreme when he says:

“I still and utterly deny that there is, sprung out of the earth, a more fruitful knowledge (than poetry). Therefore, it is off the mark to assert that poetry is the most profound or fertile learning cause.

Poetry has its rightful place as art that offers delight, pleasure, and moral instruction, revealing the mysteries of the human mind and human nature, which consoles in distresses and sorrows, which uplifts souls and transports into another world, and makes lives worth living. Similarly, Sidney goes off the mark when he says that an astronomer, a geometrician, or a physician may tell lies but that a poet does not tell lies. We agree that a poet does not tell lies, but we do not admit that a scientist tells lies. 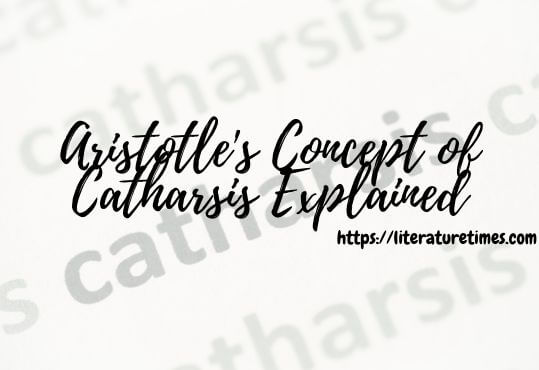