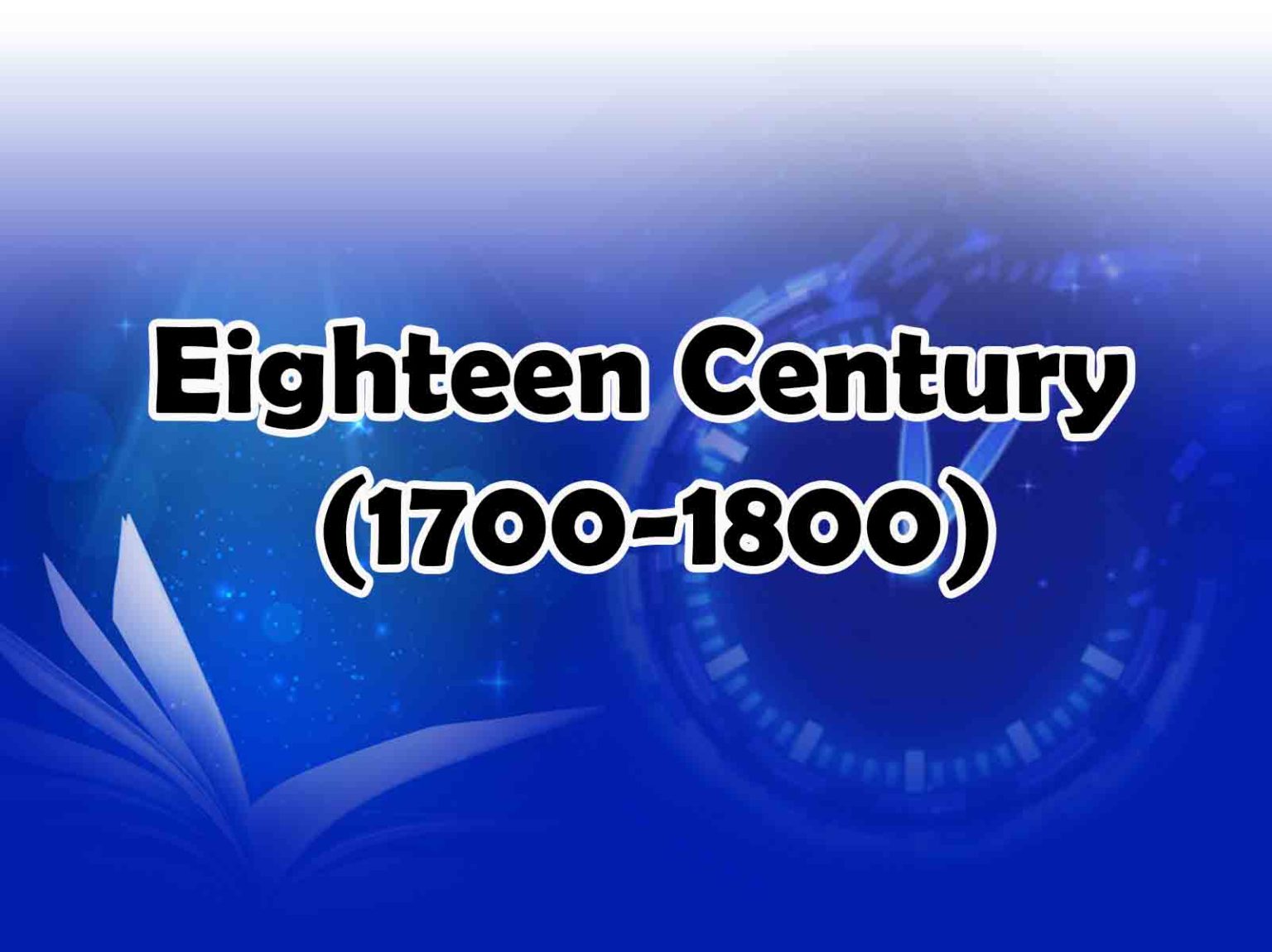 Eighteen century in England is called the classical Age or Augustan Age in literature. It is also known as the Era of Reason or the Era of Good Sense. It is called classical age because the writers followed the ‘Classicism’ of the ancient writers, which was taken in narrow sense to imply fine polish and external elegance.

But as the eighteen century writers in England followed the ancient classical writers only in their external performance, and lacked their sublimity and grandeur. It is called Augustan Age because king August was ruling .And is also called Age of Reason because the people thought that they could stand on their own legs and be guided in the conduct of their affairs by the light their own reason unclouded by respect for Ancient precedent.

1: For the first time in history of English literature,prose occupies the front position.a large number of pamphlets, journals, and magazines were brought out in order to cater the need of masses.

2:  it was mainly the product of intelligence and was especially deficient in emotion and imagination.

3: It was chiefly the town poetry.

4:  It had no love for the mysterious, the supernatural, or what belong to dim past.

5:  Its style was formal and artificial.

6:   It was written in the closed couplet.

7:  It was fundamentally didactic.

8: It insisted on the writer to follow the prescribed rules and imitate the standard models of good writing.

9: One significant element of this period was the birth and growth of the book.

The Age of Pope:

The earlier age of the eighteencentury or the Augustan Age in English literature is called the Age of Pope because Pope was the dominating figure in that period .He represented in himself all the main characteristics of his age, and his poetry served as a model to others.

Poets of Age of Pope:

Poets of this generation are lacking in terms of emotion and imagination. Poetry of this era, dominated by intellect, is frequently didactic and caustic.

The poets of this age are more interested in the town, and the’ cultural’ society. They have no sympathy for the life of villagers, the shepereds; and no love for nature.

Pope is regarded as the best writer of the classical period. He was incredibly intelligent, ambitious, and capable of incredible industry. The major characteristic of Pope’s poetry is its accuracy. It was at the age of twenty-three that he published his essay on Criticism (1711) and since then till the end of his life he enjoyed prodigious reputation. In this essay he insists on following the rules discovered by the Ancient because they are in harmony with nature:

These rules of old discovered, not devised

Are Nature still, but Nature methodized?

Pope’s next work,” The Rape of Lock” is in some ways his masterpiece. It is mock’ heroic poem’.

He made use of his technical skill in translating Homer’s llliad and Odyssey.

During his age Pope was by far the greatest of all poets there were few minor poets- Matthew Prior, John Gay, Edward Young, ThomasParnell and   Lady Wincalsea.

Who was a diplomate and active politician wrote two long poems: Solomon on the Vanity of The World and Alma or The Progress of the Mind. These are serious poems.

Is the master of vivid description of rural scenes as well of the delights of the towns? His best known works are: Rural Sports; Trivia, or the Art of walking the streets of London; Black-Eyed Susan and some Fables?

His best known work is The Night Thoughts Which, written in blank verse, shows considerable technical skill and deep thought.

Excelled in translations. His best known works are the, The Night-Piece on Death and Hymn to Contentment.

Her Nocturnal Reverie is regarded as a forerunner of new romantic nature poetry.

Prose of the Pope of the age:

The great prose writers of this age were Defoe, Addison, Steele, and Swift.

He was the first literary journalist to write in English. He published almost 250 books on a variety of subjects, including social, political, and literary works. As a journalist, he enjoyed writing about the lifestyles of recently deceased celebrities, as well as notorious adventure seekers and criminals. He began writing prose fiction when he was sixty years old and wrote his first novel.

The originators of the periodical essay were those who collaborated. Steele’s first periodical essay was published in The Tatler. This was followed by the most well-known of them, TheSpectator. It contains 635 writings in their entirety. 274 were written by Addison, 240 by Steele, and the remaining 121 by various friends.

Rise and Development of Novel in English Literature

Waiting for Godot as an Absurd Play