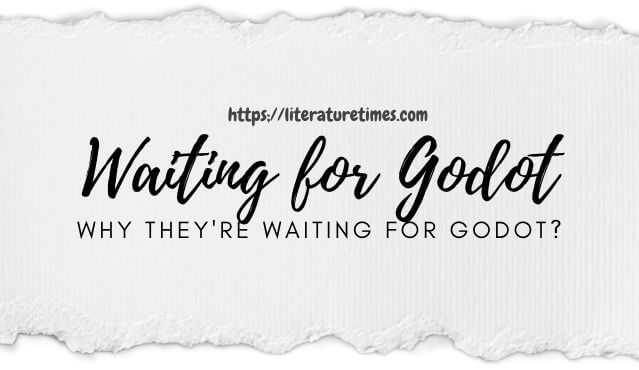 Waiting for Godot, a two-act tract with four men, one boy and countless interpretations, the most controversial play since World War II, of which its author, Samuel Beckett, said: “I didn’t choose to write a play. It just happened that way.”

After the final curtain on many nights, the audience remained and, joined by interested literary figures and laymen, debated the play’s meaning and merit. In these debates clergymen were sometimes pitted against each other on whether Godot was religious or atheistic. Its continued viability is proved by twenty productions of Godot given this year in as many states.

On the surface there is little in this plot-less drama to rouse the multitudes. It seems little more than a tale about two derelicts who wait vainly, on a bleak set that features a gnarled tree, for a Mr. Godot to appear and lessen their misery. While they wait, they hold long conversations, generally in short sentences, about their physical, mental and spiritual troubles. Their anxiety is diverted and intensified by the antics of a bully and his slave, and by a boy who twice brings them the message: “Mr. Godot told me to tell you he won’t come this evening, but surely tomorrow.”

Occasionally the pace of Godot is changed by comic turns, done by the two derelicts, that range from old-fashioned pratfalls to kicks. The longest speech in the play, a stream-of-consciousness outpouring, is delivered by the slave, who is otherwise mute.

Godot has been much easier to blame or praise than to explain. One difficulty for its defendants is that the play’s Irish-born author, who created the work in French, has not helped them in the few comments he has made about Godot. Thus, when a publisher wrote to him asking for his explanation of the play’s symbols, he replied: “As far as I know, there are none. Of course, I am open to correction.” And when Sir Ralph Richardson, the British star, asked him if Godot represented God, he replied: “If by Godot I had meant God, I would have said God, not Godot.”

Bert Lahr, who was in the original Broadway production as Estragon, the derelict who does not know why he’s waiting, originally did not know what the play meant. Now he has some unusual interpretations.

“The play,” he says, “is very complex and has many analyses. But mine is as good as the rest. The two men are practically one—one is the animal side, the other the mental. I was the animal. So far as Pozzo and Lucky, master and slave, are concerned, we have to remember that Beckett was a disciple of Joyce and that Joyce hated England. Beckett meant Pozzo to be England, and Lucky to be Ireland.”

E. G. Marshall, whose performance as the other derelict, Vladimir, was as memorable as Mr. Lahr’s, attended only one after-theater symposium. “Then I ran like a frightened deer. I listened to them and thought: ‘My God. Is that what the play means?’ Every time a mouth opened, out came a different interpretation. That’s no good for an actor.”

In reaching his own interpretation, Mr. Marshall went through a process somewhat different from Mr. Lahr’s. “The first time I read the play I thought it was wonderful. That was about a couple of years before I was in it. Then I saw it in London. It was a hit there. But I thought: ‘What the hell did I ever see in that play? It’s so boring. It’s probably nice to read, but it won’t play.’

Those who see Beckett as a satiric sage cite the following: “There’s man all over for you, blaming on his boots the faults of his feet.” Or: “We always find something . . . to give us the impression we exist.” Or: “The tears of the world are a constant quantity. For each one who begins to weep somewhere else another stops. The same is true of the laugh. Let us not then speak ill of our generation, it is not any unhappier than its predecessors. Let us not speak well of it either. Let us not speak of it at all. It is true the population has increased.”

Samuel Beckett, too, has faced some tough times. Born in 1906, a graduate of Trinity College, Dublin, where he later did his M.A. and lectured in French, he traveled around Europe in 1932, and finally settled in Paris. He remained in France during World War II, but moved to the Unoccupied Zone. During 1945-46, he was a storekeeper and interpreter with the Irish Red Cross in bombarded Normandy. Before he wrote En Attendant Godot, he did a collection of short stories, More Pricks Than Kicks, a collection of poems, Echo’s Bones: a trilogy of novels—Molloy, Malone Meurt and L’Inuomable. Since Godot he has been represented in the theater by Endgame, a play that has not notably increased his following.

Read About: Waiting for Godot as Anarchy of Present Society

Since Beckett is curious about what the young think of Godot, the 8-year-old who plays the part of the boy with the San Francisco troupe was asked his interpretation of the play. He replied:

”Two men are waiting for Godot. They want to hang themselves. Lucky and Pozzo come in, Lucky is the slave
and Pozzo is the master. Then I come in. I give them a message. Then I go off. So next day they still want to
hang themselves. Pozzo is blind. I come in with the same message.”

“What do you think,” the boy was asked, “happens to the two men afterward?”

”I think,” he replied, after a short pause, “that at the way, way, way end, they hang themselves.”

“No, There is no Godot,” he replied, then picked up his toy battleship and wandered off.

So, this play, Waiting for Godot, is a great masterpiece of the Theater Absurd. The multiple interpretations of the play has just astounded the contemporary writers of that time.