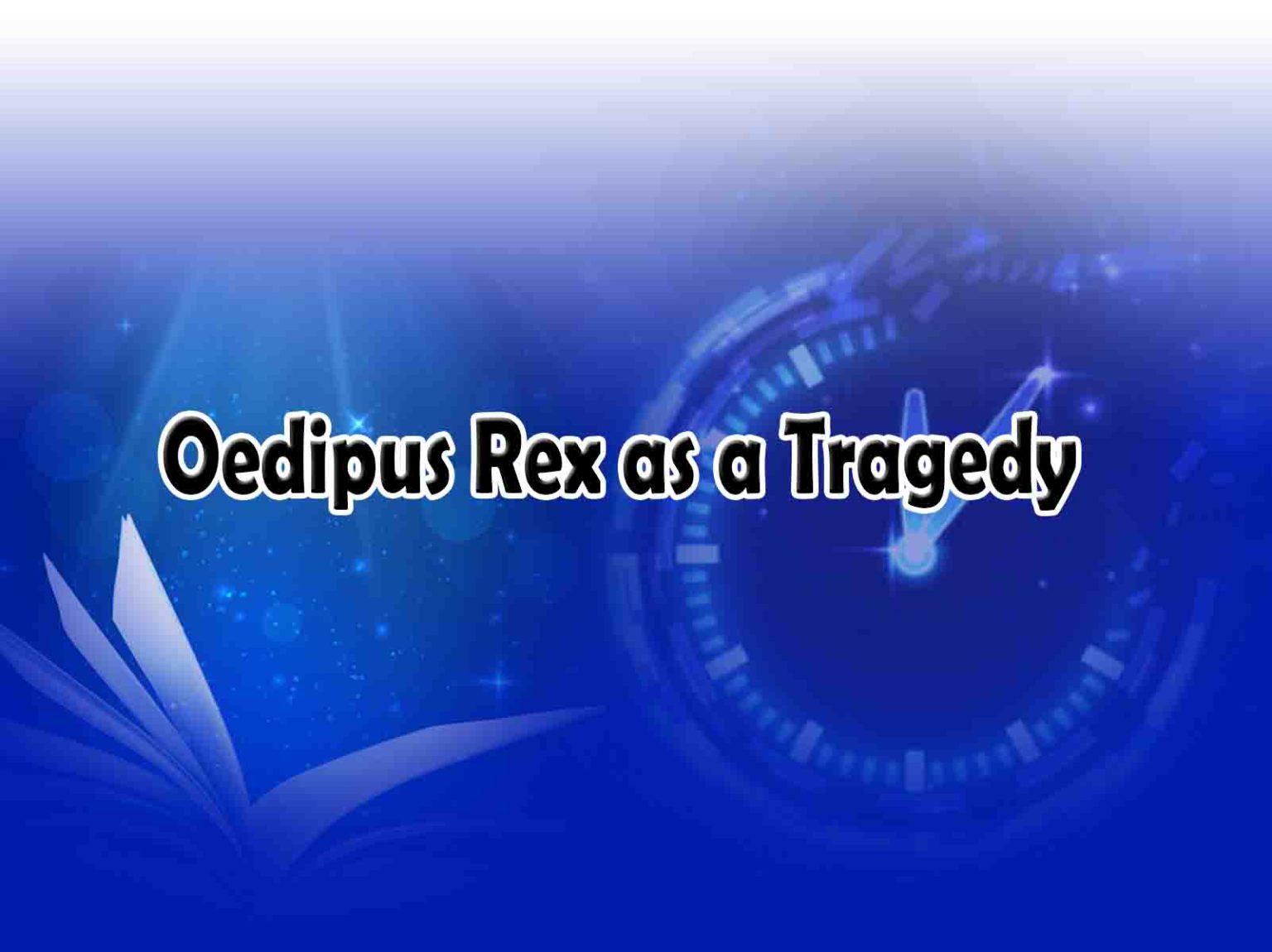 Oedipus Rex as a Tragedy

Oedipus Rex is an ancient Greek tragedy. It is so typical of the classical tragedies that Aristotle took it as an example to define and illustrate the qualities of a tragedy. Aristotle mentioned Oedipus Rex as an ideal tragedy in his famous book “Poetics”.

Tragedy is an imitation of an action that is serious, complete, and of a certain magnitude; in language embellished with each kind of artistic ornament, the several kinds being found in separate parts of the play; in the form of action, not of narrative; through pity and fear effecting the proper purgation of these emotions.

In addition to this, Aristotle also drew the characteristics of an ideal tragic hero.

A tragedy’s storyline must consist of a single, grand, and comprehensive action. Aristotle valued the plot of Oedipus Rex very highly. Sophocles handled the plot of Oedipus Rex very proficiently. Every single incident in the plot of this play arises very logically out of the one that has gone before. According to Aristotle concept of tragedy, there should be no deletion of incidents.  Each part of the play must contribute to the finishing tragic consequences and outcome.

“Oedipus Rex” starts when people of Thebes are suffering due to a mysterious sickness. Oedipus, the King of Thebes attempts to find the key of the problem which ultimately reveals many things. Thus, with searching for the answers, middle of the plot leads it towards end. The plot has a proper end, with no other event but a tragic finish.

Aristotle points out that metaphors are the most valuable form of language in a tragedy. The main metaphor depicted in the play “Oedipus Rex” is that of ‘vision’ and ‘blindness’. The king thinks he sees all but, he is blind to the truth. Unluckily, the only one who can see the truth is the blind seer Teiresias. Oedipus initiates the play able to see but is blind and ends the play blind but able to see.

In Oedipus Rex, there are many events when we feel pity. We feel pity for the infant Oedipus whose parents want him to be killed. Then, we feel pity both for Oedipus and Laius. Oedipus kills his father unknowingly. The revelation of the truth of Oedipus’ and Jocasta marriage also arouse pity. After this, when Jocasta hangs herself to death and Oedipus blinds himself also provoke pity in us. We also feel misfortune for the poor daughter of Oedipus and Jocasta.

As far as fear is concerned, we also feel fear at many incidents. The fatal clash between Oedipus and his father, king Laius makes us frightened. The monster- sphinx also make us terrified. After this, when Jocasta and Oedipus realize their sins, we are so scared about the next steps of them.

Aristotle also discussed the characteristics of an ideal tragic hero. According to him, an ideal tragic hero must of nobility. An ideal tragic hero should possess some major character flaw which leads him to his fall from joy and supremacy. Oedipus’ mistake is made unknowingly. He killed his father at the crossroads. There is no way for him to avoid his fate. The tragic hero from Oedipus the King by Sophocles clearly embodies the Aristotelian idea. Oedipus possesses the hamartia expected of a tragic hero as well as a noble ancestry.

Oedipus Rex is a perfect Greek tragedy as per necessities of “Poetics”.

Define Tragedy and Its Elements

How is “dramatic irony” typically used in drama, particularly in tragedy?