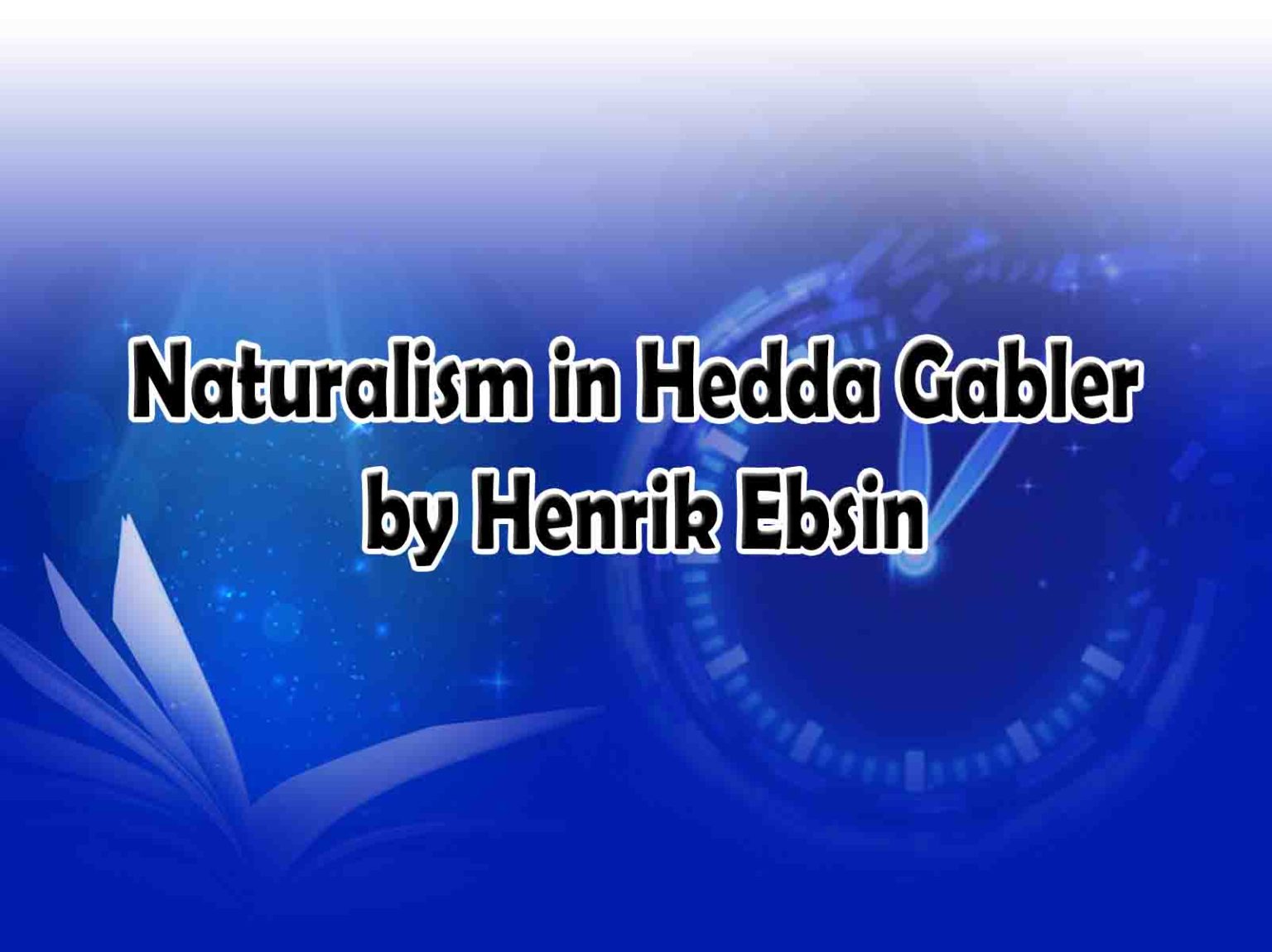 Hedda Gabler is a play that was written by Henrik Ibsen in 1891. The play is set in Norway and is about the life of Hedda Gabler and her family. The play is considered to be a part of the naturalism movement because it focuses on the idea that humans are controlled by their environment and their genes.

Naturalism is a form of writing that attempts to copy life as closely as possible. It is often associated with realism, but there are some important differences between the two. Realism strives for accuracy, while naturalism strives for truth. This means that naturalistic writers are more concerned with how things really happen, even if that means sacrificing some accuracy.

One of the most important aspects of naturalism is its focus on the environment. Naturalistic writers believe that our environment shapes us and determines our fate. This can be seen in Hedda Gabler, where the characters are constantly influenced by their surroundings. The titular character is a perfect example of this, as she is constantly suffocated by her small town and eventually driven to madness.

If you’re interested in learning more about naturalism, Hedda Gabler is a great place to start. The play provides a perfect example of how naturalistic writers attempt to copy life as closely as possible.

Examples of naturalism in Hedda Gabler

Naturalism is often thought of as a literary movement that began in the late 1800s and early 1900s. However, elements of naturalism can be found in works written long before this time period. One such example is Henrik Ibsen’s play Hedda Gabler.

In Hedda Gabler, Ibsen uses a number of techniques to create a sense of naturalism. For instance, the play is set in a small town where everyone knows each other’s business. This mirrors the close-knit communities that were often found in late-19th century Norway, where Ibsen was from.

Ibsen also uses language that would have been considered naturalistic at the time. The dialogue in the play is often stilted and unrealistic, which was intentional on Ibsen’s part. He wanted to create a sense that the characters were trapped by their small-town surroundings and their own narrow way of thinking.

Naturalism is also evident in the characters themselves. Hedda, in particular, is a complex and nuanced character who does not fit neatly into any one category. She is often selfish and manipulative, but she is also capable of great compassion and empathy. This multi-faceted portrayal of human nature was typical of naturalistic writers.

All of these elements combine to create a work that feels very naturalistic, even though it was written over a hundred years ago.

Themes of Naturalism in Hedda Gabler

The play Hedda Gabler by Henrik Ibsen is considered to be a prime example of naturalism in drama. Naturalism is a movement in the arts that emphasizes the depiction of realistic characters and settings. Ibsen’s play focuses on the character of Hedda, a woman who is trapped in a loveless marriage and feels stifled by her bourgeois lifestyle. Throughout the play, Hedda longs for excitement and escape from her mundane existence.

Ibsen uses naturalistic elements in the play to highlight the ways in which Hedda is constrained by her social circumstances. For instance, the stage directions describe the action taking place in “a drawing-room furnished with heavy, luxurious upholstery.” This description creates a sense of stuffiness and confinement, which mirrors Hedda’s feelings about her life.

The characters in the play also act in accordance with naturalistic principles. They are portrayed as complex individuals with their own motivations and desires. For example, although George Tesman is presented as a kind and considerate husband, he is also shown to be selfish and self-absorbed. Ibsen uses naturalism to explore the ways in which people can be

In conclusion, Hedda Gabler is a play that advocates for naturalism throughout its entirety. The characters are controlled by their heredity and environment and act accordingly to the expectations set forth by society. Naturalism was a literary movement that was popular during the late 1800s to early 1900s, which is evident in Henrik Ibsen’s work.

What is the Basic Concept of Naturalism?