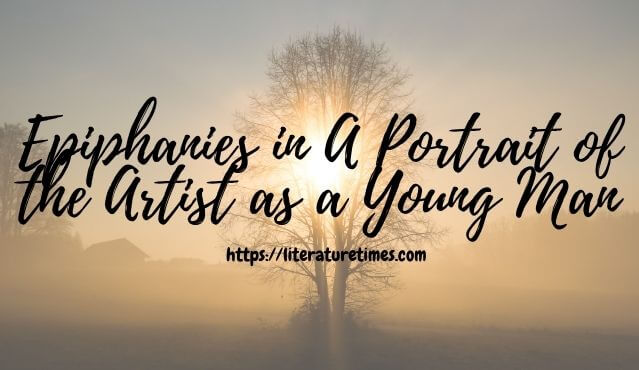 The Portrait of the Artist as a Young Man is one of the most famous novels of modern literature, and one of the greatest of British literature. The author, James Joyce and the similarities between the life of character of Stephen Dedalus are striking. Both fathers are unable to support the family, and their mothers are very religious Catholics. Joyce, as well as Stephan, is sent for a period of time to Clongowes Wood College, a prestigious boarding school, and then to Bhen to Belvedere College, where both discover their inner identity and experience of religiousness, love and art. The novel also touches the theme of nationalism, and the political struggle between the Irish Protestants and the Catholics. The novel is very much appreciated because of the technique used, namely the stream of consciousness, showing the inner works of the human mind, and time dislocations. Joyce also uses flashes of perception or understanding which are called by the literary critique as ‘epiphanies’.

James Joyce together with Virginia Woolf, the master of stream of consciousness technique. The Portrait of the Artist as a Young Man contains various degrees of incursions into the human mind, though modernist aestheticism. The Portrait of the Artist as a Young Man is an atypical bildungsroman, in that it shows the transformation of the main character, but it is transformation of his mind that Joyce is interested in. In the first chapter, the young Stephen is only capable of describing his world in simple words and phrases. He cannot be very articulate in expressing the sensations that he experiences, just like a child, who cannot make the connection between cause and effect. Later, when he is at school, Stephen becomes a teenager and obsessed with religion. Stephen’s mind is more matured and he is now more coherently aware of his surroundings. However, he is very passionate about the belief in Church and in God. In the final chapter, Stephen appear to be truly rational. By the end, Joyce succeeds to render a portrait of a mind that has achieved not only emotional, but also intellectual and artistic maturity.

Read About: Use of Myth in Portrait of the Artist as a Young Man

Another major theme in “The Portrait of the Artist as a Young Man” is religious belief, or ironically enough, the lack of belief. First, Stephen experiences sin: he repeatedly sleeps with prostitutes and ignores Christian values. This can be called his lack of belief, in the general morals of humankind, an in romantic relationships. Stephen, as well as Joyce himself, was born to a religious Catholic family, and was sent to a religious type of school as a teenager. The changing point is the speech held by Father Arnalt: on of Stephen’s epiphanies. This epiphany is the moment when Stephen realizes he does not want to be a sinner anymore.

Epiphny is a term used to refer to the situation when a person realizes his religious faith or when he is convinced that an event was caused by a deity or being of his fath. Epiphanies have also appeared in other areas also.

iIn literature the term was first applied by James Joyce, who called his early experimentation with short prose passages “epiphanies”. Such moments of insight appear frequently in Joyce’s short stories, The Dubliners.

In Portrait of the Artist as a Young Man, the most notable epiphany is the one when Stephen Dedalus, as he waits impatiently for the University entrance examination results, is fascinated by the girl’s gracefulness and innocence. As he sits peaceful, contemplating the girl’s looks, Stephen realizes what a woman’s essence really is, he perceives her inner beauty as well as her outer beauty, and finally, he understands the nature of love. Stephen as a teenager, has ‘met’ sexuality with a prostitute and therefore did not understand or appreciate love. At the moment of this epiphany, we may as well consider that he is on his way to fall in love with this girl, judging by the way in which he describes her and the comparisons he uses. Joyce compares the girl to a delicate, white sea bird. Just like fairies, her hair is fair and her face is ‘mortally beautiful’. The portrait of the girl is close to that of an angel, a dove, however, the person, Stephen is not innocent in what love is concerned, and his words are filled with expectation and lovers’ impatience.

Read About: Theory of Aesthetics in A Portrait of the Artist as a Young Man

Indeed, Joyce’s words flow easily and uninterruptedly, like a fast and tumultuous river, making this passage seem more like a poem than  a piece of prose. Although Joyce does not use the delimitation of poetry, such as lines and verses, each part of the body described constitutes itself exactly like a stanza, and the repetitions ‘her bosom was as a bird’s soft and slight, slight and soft as the breast of some dark plumage dove’ are like a leitmotif, meant to stress a particular characteristic.

At the end of the description, the author turns to a darker comparison “mortal beauty”, just like in his poem, She Weeps over Rahoon, when the tone is dark and sad, in accordance with the feelings experienced by the one who has lost her lover to death.

Joyce’s literary style is ever changing. Sometimes, he uses the stream of consciousness, back-shifting, time disruptions, and other times, he can be gentle and sweet, like a real poet. His style is overall unpredictable, sometimes sweet and tender like a waltz and other times fast and bold. The Portrait of the Artist as a Young Man is a great novel, in that it approaches big themes like religion, love and art, and it contains a wide range of human feelings, from revolt against political order, to obeying rules and to adhering to art codes. His style is original, and exactly like had intended, he managed to keep the literary critique busy for years and years to go.