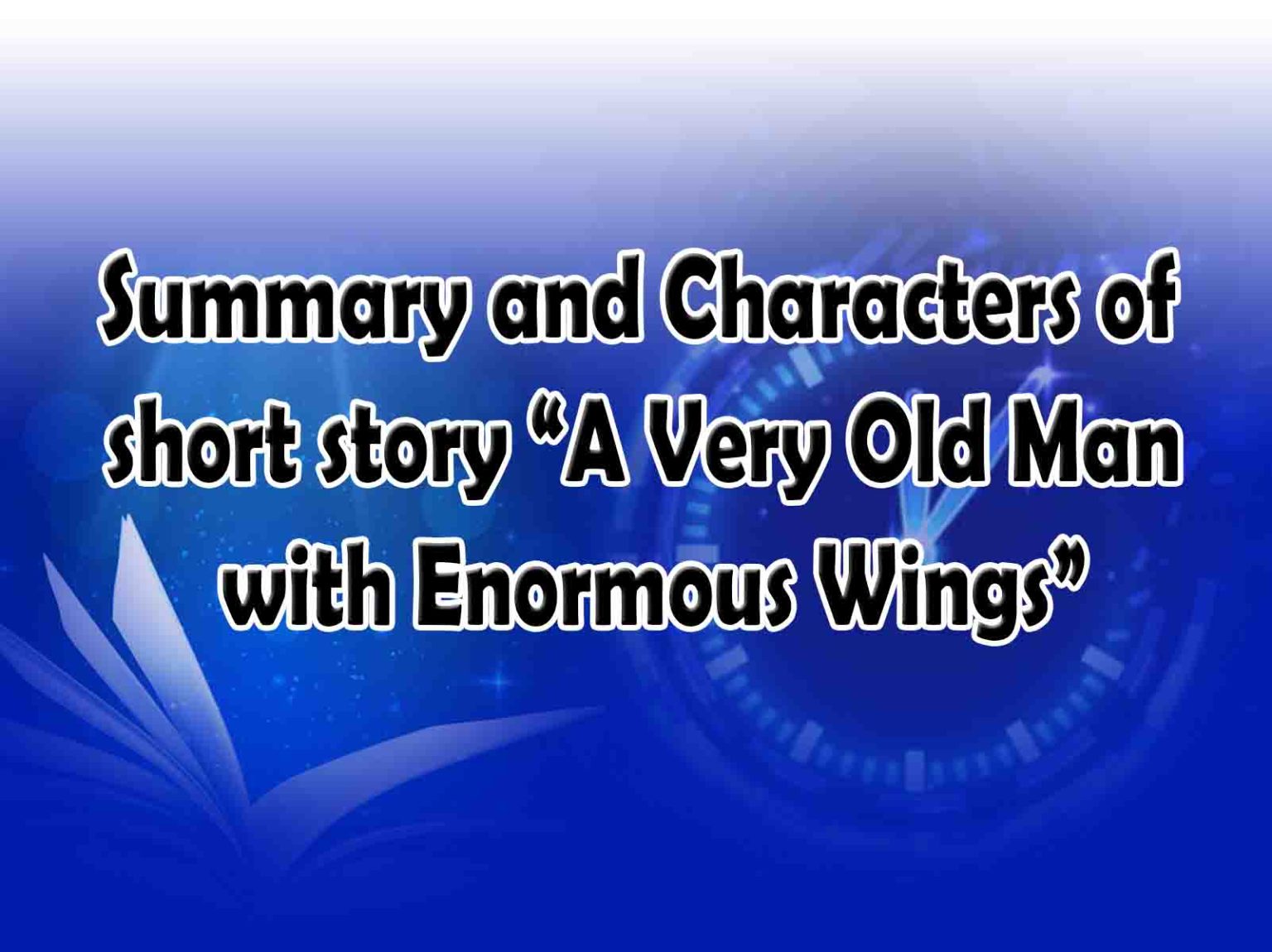 In 1955, Gabriel Garcia Marquez published “A Very Old Man With Enormous Wings,” with the subtitle A Tale For Children. Perhaps the best and most well-known example of the magical realism genre, which Garcia Marquez contributed to the development of, is “Very Old Man.” Simply said, this style combines aspects of real life with those from fantasy and magic. The magical is treated as commonplace in a work of magical realism, leading us to think of the ordinary as magical. Stories that follow the principles of “magic realism” avoid the native moral judgments present in folk legends and fairy tales, yet sharing similarities with them.

Instead of providing moral teachings or any other dogmas, magical realism instead portrays a complicated and challenging universe.This argues that “Very Old Man” is actually a narrative about stories, and many critics believe that it is a hidden allegory for Garcia Marquez’s own experience with fame because, after all, he became a huge star following the success of One Hundred Years of Solitude. According to some critics, the village’s reaction to the elderly man’s presence in the story serves as a satire of the interaction between a creative artist and the general people. The story frequently focuses on the process of reception and interpretation.

Garcia Marquez’s story “A Very Old Man with Enormous Wings” is arguably his most popular work. Because of its shorter length, it is his most approachable contribution to magical realism. It has many of the characteristics that distinguish his greatest novels, including an uncertain time and setting, a style that blends the documentary with the fantastic, and a purposefully open-ended conclusion. The tale is frequently cited as an example of various literary genres, including magical realism and Latin American literature. The worth of the story as a story should not be diminished by this tendency to contextualize it. The story is humorous, depressing, and mesmerizing, and it is worth reading several times.

In the beginning of the story, Elisenda’s husband Pelayo is out catching crabs in a rainstorm. A confused, elderly man who appears to be homeless is discovered by Pelayo while he is at work. The man appears to be mentally unstable and is dirty. Pelayo is unable to understand the language he uses to communicate. The elderly man possesses a pair of enormous feathered wings, which is his most peculiar feature. After talking to a neighbour, Pelayo and Elisenda conclude that the elderly guy was sent to them by an angel from heaven to take their sick kid back with him.

Pelayo’s neighbour tells him to beat the angel until he dies, but out of sympathy for him, Pelayo and Elisenda choose not to do so. Their kid later becomes better. After placing the angel in the coop, their child’s fever breaks in the middle of the night. They choose to let him go, but when they come back to the courtyard in the morning, the entire neighbourhood has gathered to see the angel. As soon as he shows up, Father Gonzaga accuses the elderly man of being a fraud. He guarantees to obtain the correct truth from the highest church authorities. When people hear about the angel, it quickly takes on the appearance of a market.

Elisenda then comes up with the brilliant idea of charging $5 to see the angel, and they quickly become wealthy. While waiting for Rome to decide whether the elderly man is an angel, Father Gonzaga makes every effort to control the crowd. When a festival with a Spider-Girl comes to town, the crowd disperses on its own. She answers questions from visitors by explaining how she disobeyed her parents one night and was transformed into a spider as punishment. This is more appealing to the general public than an elderly man with wings who ignores everyone around him. As a result, the groups of visitors quickly move from the angel to the spider, leaving Pelayo’s courtyard empty.

With the money they have earned from admittance, Pelayo and Elisenda construct a large house. They fail to care for the angel and prevent their youngster from approaching the chicken coop. They quickly stop being afraid of him since he becomes a part of their lives. The kid comes by regularly. They eventually let him run the house once the chicken coop collapses, much to Elisenda’s sorrow as he starts to cause issues for everyone. They worry he will pass away as he becomes more weak and ill. But after his recovery, Elisenda sees him fly away one day, much to her relief.

The elderly man from the A Very Old Man With Enormous Wings narrative showed up in Pelayo and Elisenda’s yard appearing unclean and dusty. He could speak in a language that no one could understand and he had wings. A few individuals believed him to be an angel because of his wings, and the church believed he was Norwegian because of his illegible speech.

He is Elsenda’s husband. He is a pitiful and common local who hesitantly sheltered the flying elderly man in his hen house. Pelayo quietly sought advice from the town priest to protect the elderly man from harm. He might, however, disagree with the more indulgent advice he received from various locals.

She is Pelayo’s wife. Elisenda convinces Pelayo to charge visitors to see the elderly man, but afterwards thinks he’s a bother. She is a normal woman who genuinely thinks for Pelayo and their child’s welfare, so when the elderly guy finally departs, she feels relieved.

He serves as the community’s priest and is a dominant character. He offered to examine whether the elderly man is truly an angel, as the villagers believe, or simply a human with wings. Father Gonzaga recounts the incident to his superiors at the church despite having doubts that the filthy elderly man might be a messenger from heaven.

The spider woman is portrayed as the village’s resident freak show attraction. The spider lady was a huge creepy crawly with an unhappy young woman’s head.

Themes and Style of Marques work

How Capitalism is Criticized in “The Happy Prince” by Oscar Wilde?

To the Lighthouse and Representation of Middle-Class Society